The Pantheon is a former Roman temple, now a church, on the site of an earlier temple commissioned by Marcus Agrippa during the reign of Augustus (27 BC – 14 AD). The present building was completed by the emperor Hadrian and probably dedicated about 126 AD. He retained Agrippa’s original inscription, which has confused its date of construction as the original Pantheon burnt down so it is not certain when the present one was built.[

It is one of the best-preserved of all Ancient Roman buildings, in large part because it has been in continuous use throughout its history, and since the 7th century, the Pantheon has been used as a church dedicated to „St. Mary and the Martyrs“ Santa but informally known as „Santa Maria Rotonda“. The square in front of the Pantheon is called Piazza della Rotonda. 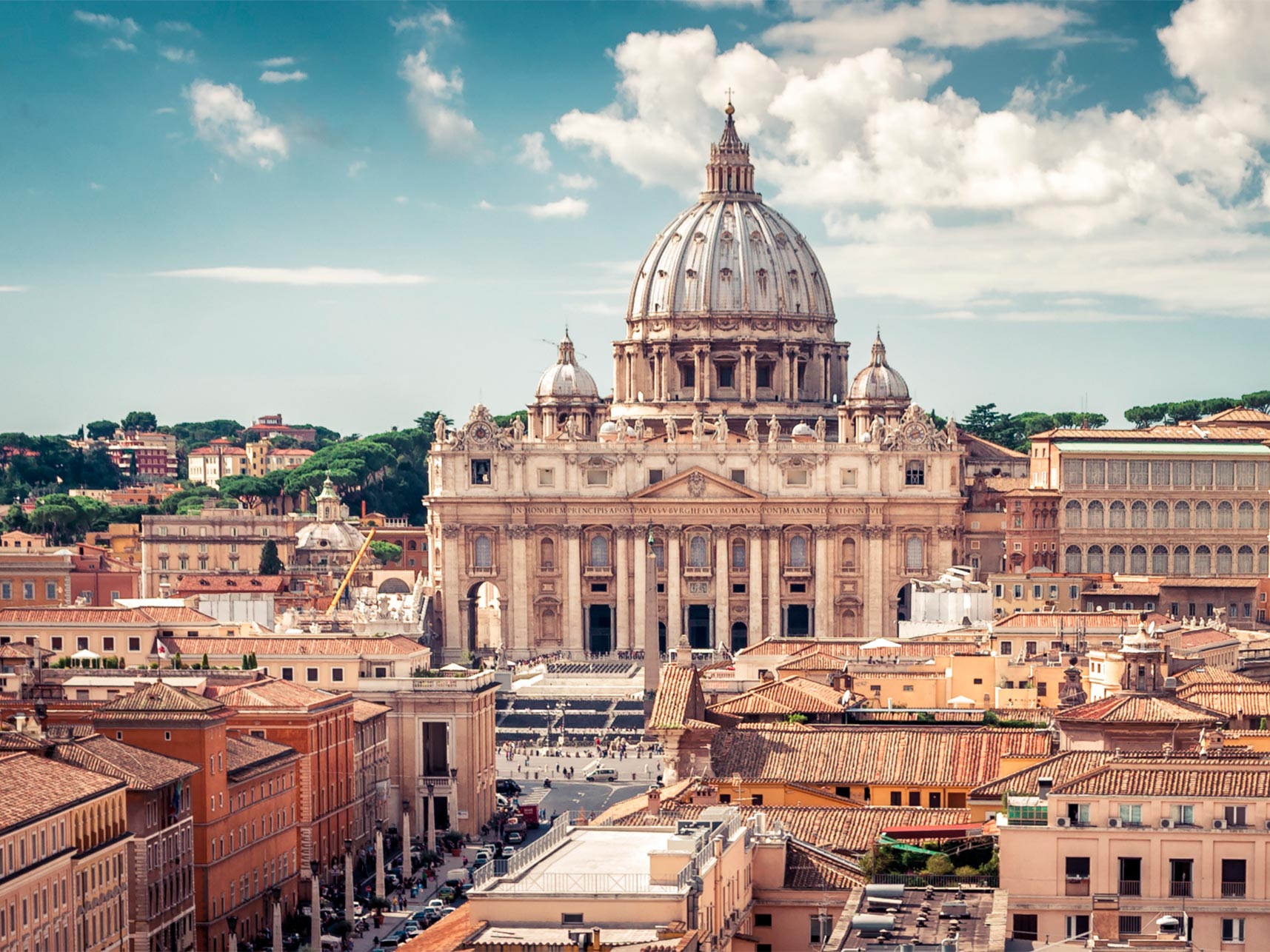